September was not exactly a good reading month.  I have so many book to read and I’m just not turning them out.  Maybe it’s the pressure of having so many on my TBR list, but life has been busy also.  Lots of soccer games, and my oldest turned 15.  Overall it was a good month though.

I didn’t finish any books this week.  😦

Only got one book from the library this week and I’m so excited to read it.  I loved the Shining.

I requested and received these books:

Super Six Sunday is an original bookish meme hosted at Bewitched Bookworms and inspired by “Top Ten Tuesday” from The Broke and The Bookish. Check out the weekly schedule of themes here.

It depends on my mood when I’m reading but some books make me cry easier than others and these are the ones that are most memorable for that.

Book Beginnings on Friday is now hosted by Rose City Reader. The Friday 56 is hosted at Freda’s Voice.    I noticed these memes and thought it would be interesting to do both.  Check out the links above for the rules and for the posts of the participants each week.  This is the book I’m currently reading.

Book of Spells by Kate Brian

Even at the tender age of sixteen, Elizabeth Williams was the rare girl who knew her mind.  She knew she preferred summer to all other seasons.  She knew she couldn’t stand the pink- and yellow- floral wallpaper the decorator had chosen for her room.  She knew that she would much rather spend time with her blustery, good-natured father than her ever-critical, humorless mother – though the company of either was difficult to come by.  And she knew, without a shadow of a doubt, that going away to Billings School for Girls was going to be the best thing that ever happened to her.

“I told you that you should have turned back.” the same low voice from the tunnel whispered.  Eliza’s breath caught and she whirled around.  But no one was there.

Libby Day was seven when her mother and two sisters were murdered in “The Satan Sacrifice of Kinnakee, Kansas.” As her family lay dying, little Libby fled their tiny farmhouse into the freezing January snow. She lost some fingers and toes, but she survived–and famously testified that her fifteen-year-old brother, Ben, was the killer. Twenty-five years later, Ben sits in prison, and troubled Libby lives off the dregs of a trust created by well-wishers who have long forgotten her.

The Kill Club is a macabre secret society obsessed with notorious crimes. When they locate Libby and pump her for details–proof they hope may free Ben–Libby hatches a plan to profit off her tragic history. For a fee, she’ll reconnect with the players from that night and report her findings to the club . . . and maybe she’ll admit her testimony wasn’t so solid after all.

As Libby’s search takes her from shabby Missouri strip clubs to abandoned Oklahoma tourist towns, the narrative flashes back to January 2, 1985. The events of that day are relayed through the eyes of Libby’s doomed family members–including Ben, a loner whose rage over his shiftless father and their failing farm have driven him into a disturbing friendship with the new girl in town. Piece by piece, the unimaginable truth emerges, and Libby finds herself right back where she started–on the run from a killer.

My Thoughts:  Gillian Flynn’s books are a little bit darker than most authors, but I love them .  The fast pace kept me up late because I had to find out what happened.  When I heard about Gone Girl I had to read it as soon as I could get my hands on a copy and then after that I wanted to read all of Gillian Flynn’s books.  It took me this long to get a hold of Dark Places and it was worth it.

i was not a lovable child, and i’d grown into a deeply unlovable adult. draw a picture of my soul, and it’d be a scribble with fangs.

Would I Recommend This Book?  Yes.  It’s complex and suspenseful.

Gillian Flynn is an American author and television critic for Entertainment Weekly. She has so far written three novels, Sharp Objects, for which she won the 2007 Ian Fleming Steel Dagger for the best thriller; Dark Places; and her best-selling third novel Gone Girl.

Her book has received wide praise, including from authors such as Stephen King. The dark plot revolves around a serial killer in a Missouri town, and the reporter who has returned from Chicago to cover the event. Themes include dysfunctional families,violence and self-harm.

In 2007 the novel was shortlisted for the Mystery Writers of America Edgar for Best First Novel by an American Writer, Crime Writers’ Association Duncan Lawrie, CWA New Blood and Ian Fleming Steel Daggers, winning in the last two categories.

Flynn, who lives in Chicago, grew up in Kansas City, Missouri. She graduated at the University of Kansas, and qualified for a Master’s degree from Northwestern University.

Review Quotes:
“Gillian Flynn is the real deal, a sharp, acerbic, and compelling storyteller with a knack for the macabre.”
–Stephen King

Other Books by This Author: 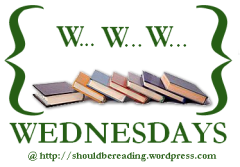 To play along, just answer the following three (3) questions…

This is hosted by Should Be Reading.

What are you currently reading?

What did you finish recently?

What do you think you’ll read next?

Top Ten Tuesday is hosted at the The Broke and the Bookish.  Each week they pick a new topic.

I could only think of six this time. 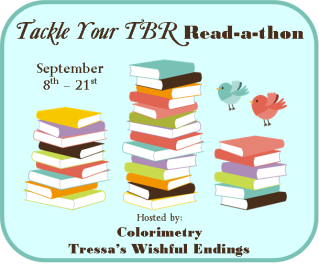 I didn’t do as well as I thought I would.  Don’t get me wrong, I like Game of Thrones, but it is not one of those books you can just fly through.  Or at least I am not.  It wasn’t the best pick for a read-a-thon I guess, but I did manage to finish three books during this time and am part of the way through two more.

I finished three books and read, on average, about 70-80 pages a day for me.  That’s pretty low for me, but I have been busier at work the past couple of weeks which is where I was getting more reading done.  I have downloaded some audio books though.  I really enjoyed doing the read-a-thon and hope to enter more of them. 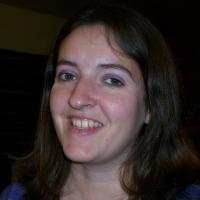